Kwolity Productions opened in 2013 and has quickly turned into a premium provider of creative video content with an impressive client list. By mixing creativity, epic cinematography, storytelling and genuine customer service, Kwolity Productions is in its sixth year of annual contracts with the Atlantic 10 Conference, HCA Hospitals and VCU Athletics. We also produce a significant amount of work each year with University of Rhode Island Athletics, Providence College Athletics, the VCU School of Business and the Catholic Diocese of Richmond.

Based in Richmond, Va., Kwolity Productions' client footprint continues to expand throughout the country, working with a variety of different organizations from college sports to health care. Whether it is filming a Stanley Cup visit for the NHL, flying our drone for an Amtrak commercial, producing a TV commercial for Barclays Center, or filming a music video for a local elementary school, we treat every project with the attention to detail that are clients expect.

We have earned recognition from the College Sports Video Group/NACDA College Sports Media Awards, thanks to our clients submissions of our work. A feature on a Somali refugee who was a Saint Louis soccer player, and another on a UMass swimmer who competed with cystic fibrosis, both won awards in the best feature category. The 2019 Providence College Hockey intro video earned a bronze medal in the NACMA "Best of" Awards.

Kwolity Productions was founded by Mark Kwolek, a Rhode Island native who worked as the public relations contact for the University of Richmond men’s basketball team for nine years. Kwolek won an Emmy Award for a TV Show he produced, directed, filmed and edited with co-worker Blake Ellett. Mark and his wife Allison, the head coach of the Clemson women's lacrosse program, live in Clemson, S.C. with their daughter Olivia. 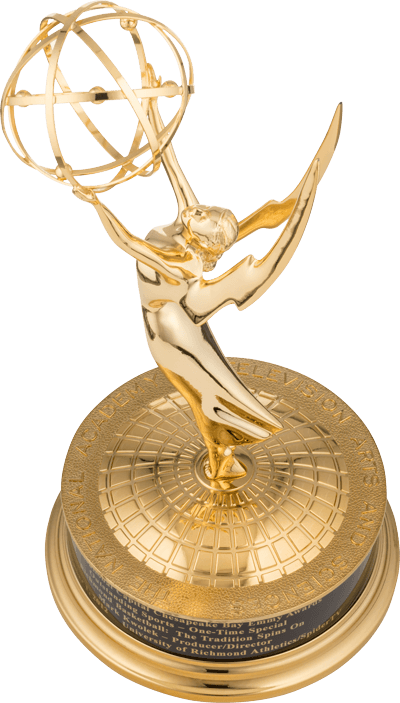